What is TEN?
The traditional European naturopathy is a holistic medical system based on the humoral or four-juvenile teaching, which in ancient times was described by Hippocrates (460-370 BC) and until the 19th century was the universally valid model of thought of all medicine. The practitioners of Traditional European Naturopathy TEN have in the 20. In the 21st and 21st centuries, this model of thinking was taken up again and further developed in the fields of health and disease teaching, diagnostics and therapy into a comprehensive medical system for the present time.
The TEN sees man as a microcosm in the macrocosm. The four elements air, water, fire, earth, represented by the four cardinal juices Sanguis, phlegm, cholera and melancholy, are contained in the human body. The qualities and composition of these four principles of action are responsible for all functional processes of the organs in the healthy and diseased state of man and therefore also the basis of health and disease understanding as well as diagnosis and therapy.

Constitution medicine
This core area of ​​TEN is based on the fact that each person has his or her own way of responding to the ever-changing stimuli from the environment. These reaction patterns are partially genetically inherited, partially acquired, and can change throughout life – both in a stabilizing and health-endangering direction. The modes of reaction of the organism arise from special states in the system of human beings (in the sense of humoral medicine) and, above all, characterize the tendency of a person to diseases as well as their course of events and reveal the affected organ systems. This is collectively referred to as “constitution”. The knowledge of the individual constitution of a patient, v.a. By means of iris diagnostics, the therapist is able to treat not only the current illness, but to start with a profound “constitutional therapy” at the roots of the disease process. a. is of overriding importance in the treatment of chronic diseases. In addition, a general stabilization of the entire human in all areas for the purpose of disease prophylaxis and improvement of the state of health (salutogenesis) can be achieved.

Iridology
Iris diagnosis is the most important method for analyzing the constitutional situation of a person. It is not suitable for the detection of current diseases, but gives the therapist valuable information about the erroneous functional processes in the entire organism, which are responsible for the development of his illness.
In contrast to organ-related iris diagnosis, the constitution-oriented iris diagnosis is based on the humoral-medical thinking and working model. The iris is regarded as a reflex mirror of the organism, which serves exclusively to recognize disturbed functional processes.
Following characters in the Eye irises are taken into account in iris diagnostics: basic color of the eye, differences in brightness and changes in the structure of the iris tissue, fog-like, flaky deposits, various color pigments. For iris diagnostics, a special microscope is usually used with which the eye can also be photographed.

Therapy forms of TEN
It is important to emphasize that the TEN is not defined by the methods used but by the consistent application of the superior system of humoral medicine. That Although in TEN treatment methods are used that are also common in conventional naturopathy, the criteria of their application in TEN are always based on the pathological situation of the patient.
A selection of common forms of therapy in the TEN: Nutritional adaptation, healing plant science, application of homeopathic potentiated and spagyric remedies, drainage and exudation (cupping, Baunscheidtieren, nose rumps, leeches), massages, wraps, water applications u. v. a. m.
http://www.km-ten.org

An essay about yoga from Avelino Casas 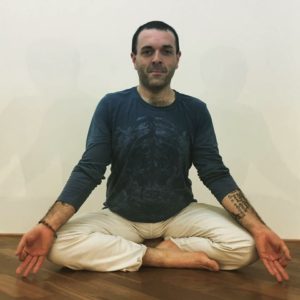 Yoga is a very old exercise system that has been developed and proven in India for millennia. Even in the West, yoga has been known for a hundred years and has been able to prove that it is especially valuable for Westerners.

Using a proven system has a distinct advantage: the practitioner is not a guinea pig, but can rely on how the exercises work, what precautions to take, and what to look for. Tailored to what he wants to achieve, an experienced yoga teacher can recommend exactly the right exercises to him.

A proven practice system for achieving harmony, awakening sleeping abilities, and expanding awareness. Yoga is an ancient Indian science that claims, trains and promotes body and mind at the same time.

The Sanskrit word “yoga” means “union,” a harmonious interplay of body and mind in all aspects of life. “Hatha” means power, energy, and in this context stands for a very body-related yoga. Yoga was developed to promote health and to train mental discipline. The positive effects of a regular yoga practice are far-reaching:
From stress reduction to strengthening the muscles, improving posture, strengthening the back, strengthening the immune system and self-esteem. The breathing technique (pranayama), the energy centers (chakras), the sports exercises (asanas), the sun salutation (Surya Namaskara), the vinyasa flow (a fluid, dynamic execution of the asanas) and the deep relaxation / meditation (yoga nidra) combined to harmonize body and mind. 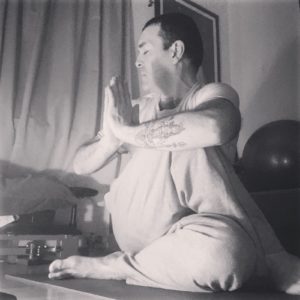